What’s the Source of Mother’s day celebration and what is its significance?

It is true that the most beautiful personality in every woman is her motherhood. The second Sunday of May in every year is celebrated as Mother’s day. This is a day which is special for every mother and her child in the world. It’s the time when families often get together to share their love with their mother. Though in today’s busy world many mothers have to compromise by getting greetings with email,phone calls or such social messaging platforms.

However,I have to say that only a day is not enough to remember mother’s sacrifices and thank her. But it’s an official day to celebrate internationally and give mothers a feeling about their importance in our life.
Let’s look at the source of this Mother’s Day:
Ancient History:
She was Anna Maria Jarvis,the pioneer lady, behind this movement.   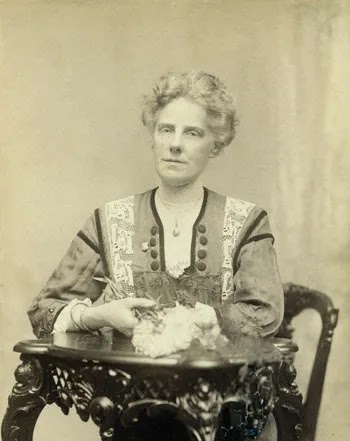 Anna Maria Jarvis. Image credit: Wikimedia
On 10th May in 1908 she held a memorial for her mother at St Andrew’s Methodist Church in Grafton,West Virginia. This church is now the location of International Mother’s Day Museum.  Her mother Ann Jarvis was a social activist,founder of Mother’s Day work Clubs,which soon had many branches in many states in  the nation(US) As  a woman defined by her faith. She was very active within the Andrews Methodist Episcopal Church Communities. She was a pacifist who nurses wounded soldiers on both sides during the civil war of America. She used to wish for a day to celebrate for mothers. However it first came to her brain for her daughter Anna Jarvis, in 1876 once Anna Jarvis after her study lesson stated the following wish:
“I hope and pray that someone, sometime, will find a memorial mothers day commemorating her for the matchless service she renders to humanity in every field of life. She is entitled to it.”
— Ann Reeves Jarvis

However in 1905 Ann Jarvis passed away and from then her daughter joined the movement. She and her activist friends requested to the Government,but then the United States Congress rejected this, giving an illogical statement stating that after that they would have to celebrate  Mother-in-law day. However Jarvis didn’t give up. She started to influence citizens and soon  several states joined her. Her own state West Virginia was first among them. Noticing many states’ celebration Woodrow Wilson permitted the celebration nation-wise and he signed a proclamation designating the second Sunday in the month of May as a national holiday in 1941.
There was another name important Julia Ward Howe,an American poet,social activist,helped Jarvi in many ways .

Other Sources:
Though it was the official starting but there were several debates claiming that this celebration existed long before America.

In the Greek Orthodox faith,February 2nd the presentation of Jesus to the temple,is sometimes seen as a version of “Mother’s Day”  without its secular and commercial components.
However another Greek community claims that Mother’s Day has its root in Ancient Greece. Ancient Greek used to celebrate their annual spring festival to honor Rhea,wife of Cronus and the mother of many deities of Greek Mythology.

Ancient Romans also celebrated a spring festival by the name of “Hilaria” in honor of ‘Cybele’, a mother of Goddess,some 250 years before Christ was born.

Besides there was enough proof of  “worship of mother ” in ancient Indus civilization in History.

Significance:
Whatever its source is it’s a matter of debate.
But it’s true that there needs to be a such day to understand the value of maternal bonds and the influence of a mother in society.

previousAfter zoom 5.0 update it’s safer. After the latest update can we use it?
nextHow Cinchona was invented, an amazing story