If I ask you what is the similarity between “Quantico’ girl  ‘Priyanka Chopra’, Vin Diesel’s co-actress ‘Dipika Padukone’ , The Pink Panther actress ‘Aishwarya Rai ‘, The Big Slick actor ‘Anupam Kher’, Immortal(obviously the movie name)  actress Freida Pinto, League of Extraordinary Gentlemen actor ‘Nasiruddin Shah’, Hundred Foot Journey actor ‘Om Puri’ and famous villain ‘Gulshan Grover’ and the evergreen actor ‘Irrfan Khan’  of the evergreen movie ‘Life of Pie’,  what will be your answer?😁
Obviously they all are the Bollywood actors and actress😆, but that’s not the point. There was a hint because every above mentioned movies are from Hollywood. But why today? Why  today I’m telling this? Because the best actor among them, Irrfan Khan has died 😔 today at Kakilaben Dhirubhai Ambani Hospital and Medical Research Institute, Mumbai due to tumour. The versatile actor was 53 then, he was buried at Versova Kabrastan at 3 pm.
Now let’s know some amazing facts about the ‘Slumdog Millionaire’ actor :
1- Irrfan Khan was very shy in his school days.
2- Irrfan Khan struggled a lot in his life before he became an actor.
3- He became famous after appearing in the famous British film “The Warrior”.
4- He did several dramas like Bharat Ek Khoj, Chanakya, etc.
5-  his life-partner was Sutapa Sikdarz. They did love-marriage.
6- Irrfan once said that he can’t afford to watch Jurassic Park in 1993, but in 2015, he appeared in one part of Jurassic Park.
7-Did you see Shahrukh khan’s “My name is khan’ movie? I don’t know if there is any link between the film and Irrfan’ life because Irrfan Khan was arrested twice in Los Angeles because of his name.
8-  He rejected several Hollywood movies and several Hollywood offers because of his not-important role in the movie or the main reason is that he was not agree to be settled there leaving his own country( He told that many times). Titanic actor Leonardo Dicarpio and steven spielberg were  two of  them.
You will be amazed that he even declined Christopher Nolan’s Interstellar for Bollywood low budget film Ritesh Batra’s Lunch box. It’s really a sacrifice and it proves that commitment is more important to him than anything else.
9- He won padmashree also.
Now eye on his some greatest film for which he won awards and his role inside:
1- Hasil–‘Best Performance in a Villainous Role’ in 2004.
2- Maqbool– ‘Best Performance in a Villainous Role’ in 2004.
3- The Namesake– ‘Best Supporting Male’ and ‘Best Supporting Actor’ in 2007.
4- Life in a… Metro– ‘Best Actor in a Supporting Role’,  ‘Best Performance in a Comic Role’ and  ‘Best Supporting Actor’ in 2007-2008.
5- Slumdog Millionaire– The movie also won 8 Oscars. It’s better to watch than reading. So go and watch that movie.
6- Mumbai Meri Jaan—  ‘Best Actor In A Supporting Role’
7- New York— the Best Actor In A Supporting Role in 2010.
8- 7 Khoon Maaf— ‘Best Performance in a Negative Role’
9- Qissa— Best Actor in 2014.
10- D-Day-‘Best Actor’ in 2014.
11- Haider— ‘Best Actor in a Supporting Role’  in 2015.
12- Gunday— ‘Best Actor in a Supporting Role’ in 2015.
13- Doob: No Bed of Roses— nominated for Filmfare Awards East ‘Critics’ Award for Best Actor (Male)’ in 2018.
N.B. I’m sure he will another award for his last project ‘ Angrezi Medium’, featuring Kareena Kapoor and Radhika Madan.
Know let’s look what celebrity tweeted after his death : 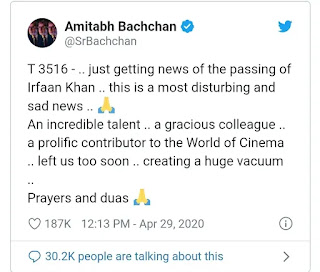 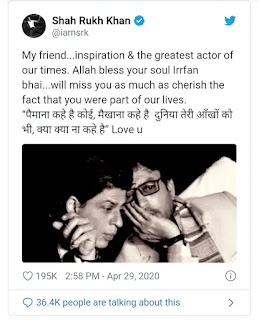 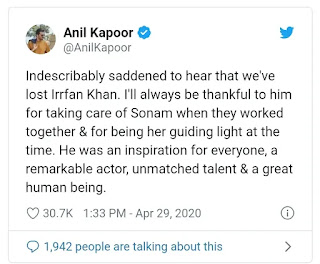 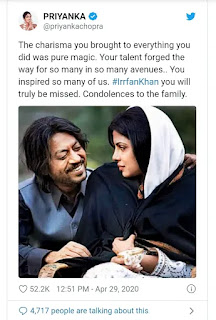 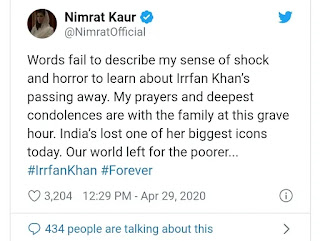 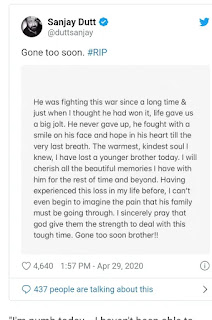 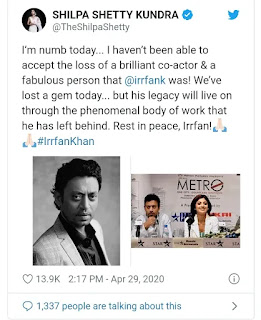 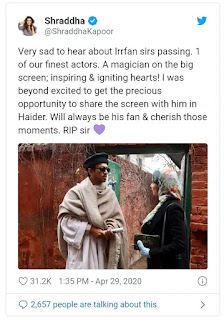 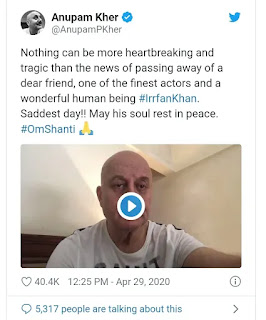 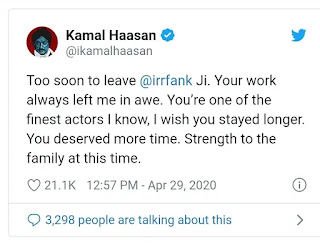 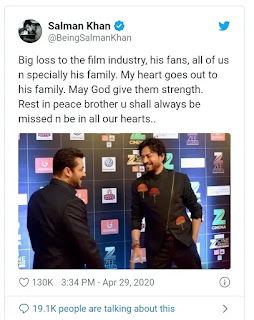 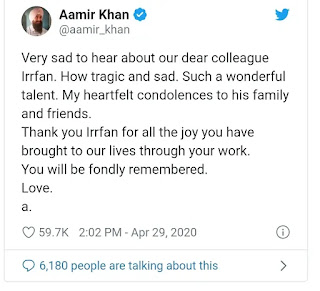 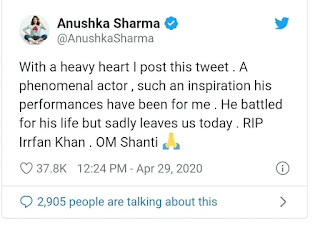 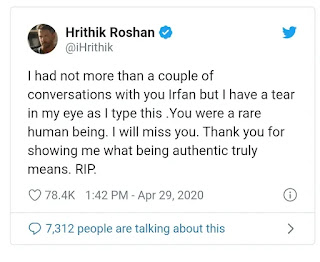 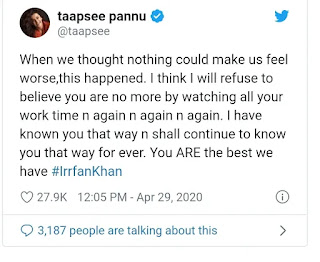 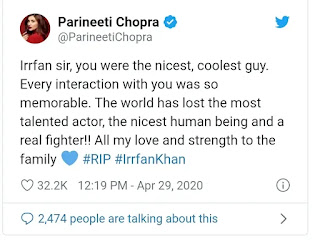 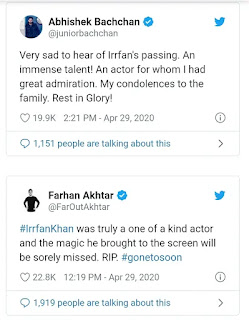 Rest in peace to the great person . May his soul find his destination.
Spread the love

nextWhat is submerged soil– an assignment :