Discovery Plus Was Recently Launched By Discovery Communication India: Is premium worth?

so finally the most awaited application has arrived. Recently Discover Communication India has published Discovery Plus app  for Android & iOS  on 15 March 2020. It is specially made for indian audiences to allow them to watch exclusive Discovery channel content on their Android & iOS devices. 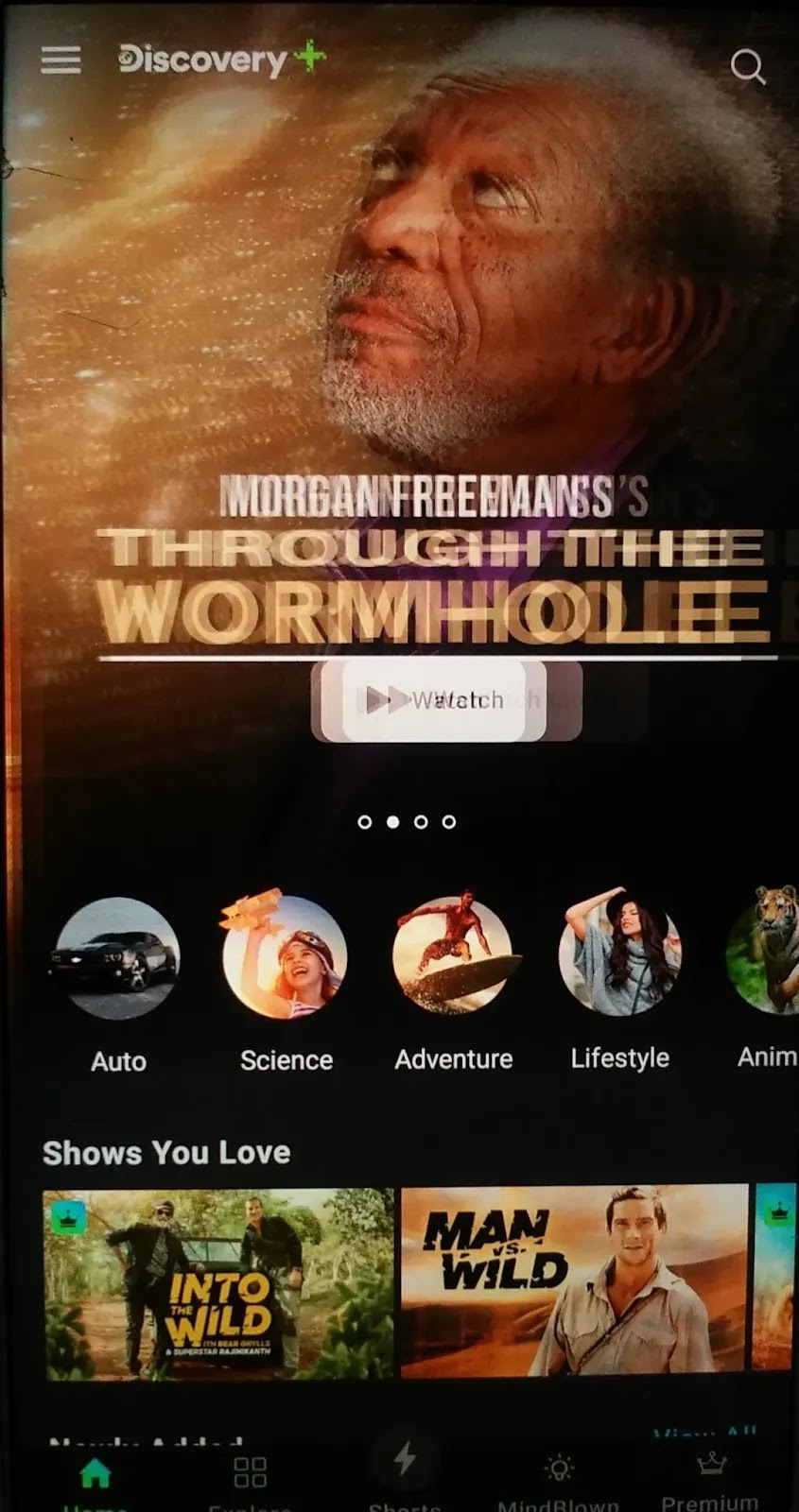 This channel contains multiple sub-channels: Discovery Science, Animal planet, TLC, Discovery turbo, ID (Investigation Discovery) and Discovery channel itself.
Being an indian I am so excited to experience it and want to thank Discovery Communication India .
Cost:


This application is free to download from Google play Store.
But the contents are of two forms. Mostly contents are free to watch but there are some exclusive contents which are locked for their premium members. The yearly plan is of 299 INR and the monthly plan is of 99 INR. As an example Bear Grills’s “Man vs Wild” show is free but his “Running with Bear Grylls” or ” Into the Wild” shows where other celebrities also perform are considered as premium content. So in my opinion the free plan is enough for most average people but for the targeted audiences who love watching the content related to Science, adventure, animals, etc it is better to spend their money here instead of other entertainment based channels like Netflix, Hoichoi, Hotstar, etc (Disclaimer: It is just what I think and what I fond of, my intention is not to humiliate other channels).
If you ask me which plan is better, it depends completely on you. But I don’t think it is better for a smart user to subscribe monthly who wants to go for a premium because if you keep a calculator on your hand you understand that it’s a total 889 INR costlier.
If you ask me about the review on the cost I must say it’s comparatively lower than other platforms.
N.B. First download and observe the app and compare the shows , then decide if the premium you need or don’t need.
There is an option of voucher code which is useful for the app’s premium services. Voucher codes can give us discounts. To scratch the offer go to their official Facebook Page. It’s unknown to me if in other partner-websites the voucher codes are available or not as the project is newly launched (15 March 2020), I think it’s not possible.


Initially during entering the app you have to choose what you like among their categories; Auto, Science, adventure, Lifestyle, Animal, Food, Investigation, so that they can feed you according to your taste. I’m the person who selects all as it’s hard for me to decide.


There is an option named “Mindblown” which is actually similar to the trending videos on Youtube.
There is another option named as “Shorts” which actually shows you some clips which channel feeds you according to your selection during enter.


Then comes the final option “Explore” that categorize the channel into 6 sub-channels;
Discovery Channel- The room is full of the contents which Discovery actually owns. Starting from Gold Rush to Expedition Unknown all programs you find which one Indian Discovery watcher can watch on TV.


Discovery Science- Just heaven for a Science lover. “Morgan Freeman’s Through the Wormhole”, “Apollo”, “Curiosity”, “Mythbusters Junior” are some famous shows featured inside.
Animal Planet- I thought Animal Plant is a different community, I don’t know what actually happens but it’s a place combination of some Animal Planet programs and some Discovery’s animal related shows.
TLC- I don’t know more about the channel. What I understand by scrolling the page is it is a channel for food lovers and diet-conscious people.
Discovery Turbo- Again by scrolling down what I understand is that it is a channel for car lovers and car racers. AS I’m neither a food lover nor a car lover you have to investigate yourself what is inside.
Investigation Discovery- It’s a documentary debating channel, I mean here some cases are analysed regarding ghosts and murdered cases which were not so simple to solve. I think it’s a must-watched category for the type of curious people who believe in a parallel universe.
Streaming Quality:


Better and Good are the three qualities which are determined by the internet speed.
Cons:


everything in the universe has at least one fallback irrespective of how many pros it has.
In the same way the only problem I found which the team should look into is that it is not capable of downloading and watching the videos offline. Everything is ok for me now.

During lockdown due to covid 19 it’s vey beneficial for most indians.

previousHow Cinchona was invented, an amazing story
nextIs 10 days quarantine of rabies dog a myth? What need to know about this virus :